The reason the Go! Team have come to the forefront of my thoughts is that they have recently released their 3rd album, “Rolling Blackouts”, and as you will have guessed, I have bought it for review. However, after giving it a good listen, I decided that this lot deserve an ‘Introducing…’ slot rather than a singular album review. So for your listening pleasure, allow me to introduce the Go! Team. 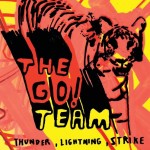 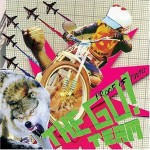 Proof of Youth by The Go! Team 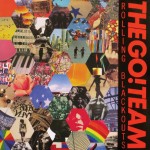 Rolling Blackouts by The Go! Team

Now, it might be something to do with my ears but like the XX, I was convinced that this lot were a foreign band. To me they sound a little like CSS and they are Brazilian so that’s my excuse but I’m hoping I’m not alone on this one. In reality, they are a sextet from Brighton.

Basically, the Go! Team have a very distinct sound. It’s described as ‘sound clash’ but in essence, it’s very very high energy party music. Going back to Brazil, imagine the liveliness that you would find at the Rio carnival an you get and idea of what this lot are about. Their style is a collection of sampled riffs and tunes over a combination of vocals, usually provided by their lead singer Ninja, but also from plenty of guests including other members of the band.

The band was the brainchild of a chap called Ian Parton who wanted to create an album with everything in it from hip-hop to bollywood soundtracks. That resulted in their debut album called “Thunder, Lightning, Strike” and was mixed by his brother Gareth (although he isn’t officially part of the band).

They came to my attention through a TV ad that the BBC where running. It was an advert for BBC Radio 1 and had a mix of 3 short clips of tunes, each great. I emailed the Beeb to ask them what they were and they kindly wrote back to explaining what they were and one was “Ladyflash” by the Go! Team (the other two where “Rocker” by “Alter Ego”, and “Stumble and Fall” by “Razorlight”).

They followed “Thunder, Lightning, Strike” up in 2007 by “Proof of Youth” and their latest album, “Rolling Blackouts” was released 31 January 2011 (UK).

If I were to critise anything about this lot it would be that all 3 albums are pretty much identical. They’re so similar in fact that you would be hard pressed to remember which track is off which album. Fortunately enough though, their style of music is such that this doesn’t really matter. Their tunes are sufficiently melodic for you to constantly want more and although similar, they are not the same. Their sound is seriously infectious.

The second criticism… well comment really, is around their production style. All three albums sound like someone has found the most amazing band in the world and tried to record it on a pocket recorder to pass on to a record exec. It adds to their charm and I might be exaggerating a little over the quality but a bit more fidelity would be hugely appreciated.

All that said, the Go! Team are easily one of my favourite bands ever. You CAN NOT feel anything other than happy, invigorated and simply fantastic when you listen to this lot. It’s like they put a shot of magic into their records that’s highly addictive and very effective.

From “Thunder, Lightning, Strike”, check out tracks like “Pocket Rocket” and “Ladyflash”. From “Proof of Youth”, check out “Titanic Vandalism” and “Keys to the City”. And from “Rolling Blackouts”, well just buy it but for some great examples of Ninja’s vocal talent, try “Back Like 8 Track”.

I can’t recommend this lot enough. Despite their formulaic approach, you won’t be disappointed with any of their albums and for me, all three are very welcome in my music collection. All of them will form the backbone of your summer anthems, for this summer and every summer to come.

I’m going to be seeing this lot live at the Coronet at Elephant and Castle on 30th September. I’ll let you know what they are like live!